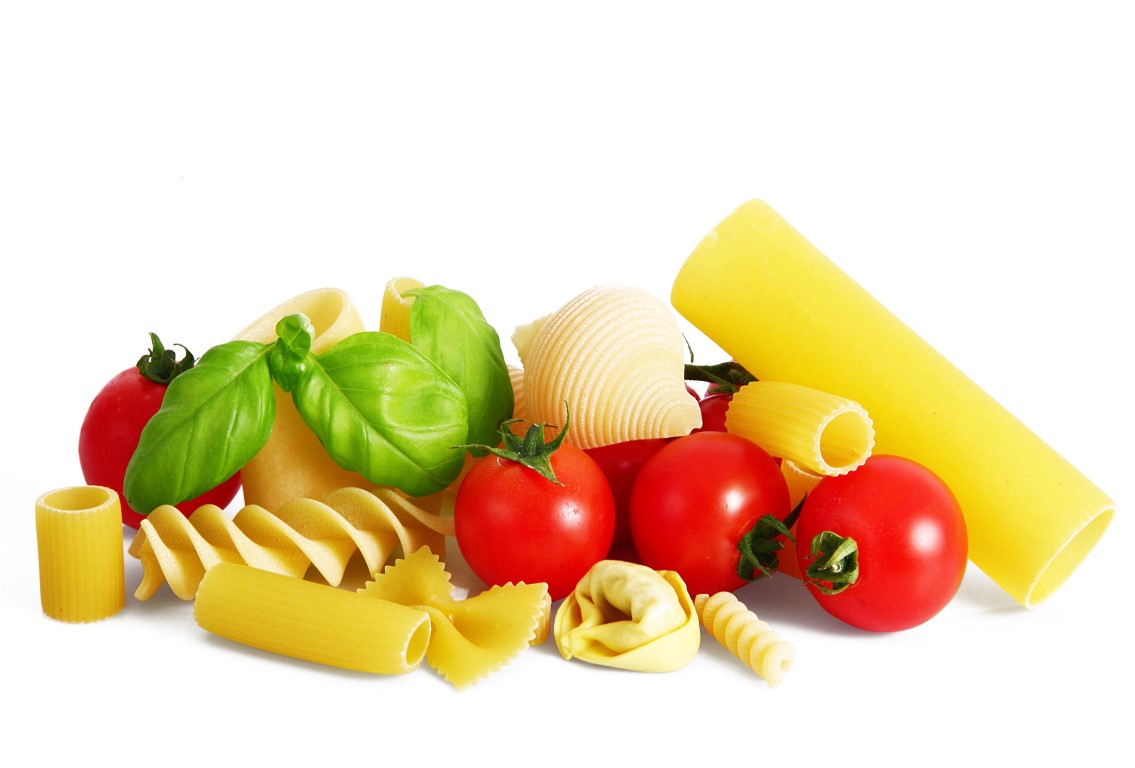 No other food is as natural and simple as pasta. The only ingredients are durum wheat semolina and water: no preservatives and no dyes.
In fact, very little is dissipated during the various steps in the production process. The longitudinal section of a wheat grain is divided into three distinct areas: a peripheral part representing approximately 12-18%, a central area, from which the flour is obtained during grinding and which constitutes 80-85% and an apical part, the precious germ that is the reproductive organ of the grain, and therefore the very life of the grain. The composition of the grain remains almost completely in the semolina, as shown in the table below:

The majority of the protein substances are concentrated in the germ, which means that their presence in the semolina and the flour is dependent on the various types of grinding. When durum wheat is ground in rotating cylinders, the grain is split, enabling the extraction of the germ which is then processed separately and subsequently added back to the semolina. The grinding of soft wheat is done in a manner that rubs the grains against one another, shattering them, which causes the germ to be irreversibly eliminated with the bran. The composition of the grain is obviously not uniform from the periphery to the core, but it changes progressively, moving toward the center, showing a gradual decrease in its lipid content, minerals, vitamins, enzymes and cellulose, but also an increase in carbohydrates.

Since semolina is obtained from the central part of the grain one would think that whole wheat pasta, which is produced with the bran, has a higher nutritional value.
The values and nutrients of wheat remain unchanged throughout the various stages of processing. These are, as we have seen, contained in the semolina, so we find them at the end of the production cycle in the pasta, as can be seen by comparing the following table with the previous one:

The summarised composition of the durum wheat pasta

This is a very important result, because it allows us to conclude, as may be obvious for some and perhaps less so for others, that wheat = pasta in a proper proportion. This fact is not of minor importance, if we consider the current food background - an ongoing reign of dyes, preservatives and various chemical additives.